Introduction
The Rolesville batholith is the largest body of granite in the southern Appalachian region.  It measures about 15 x 50 miles, and occupies the eastern third of Wake County, about two-thirds of Franklin County, and a portion of Johnston County as well.  This site is located in southeastern Wake County, near the Johnston County line.  Here, there are numerous “bouldery” exposures of granite and at least one flat “pavement” exposure of granite.  These outcrops are all part of the batholith.

The rock beneath the ground
Granite is an igneous rock that occurs in three-dimensional bodies called plutons.  Granite plutons range in size from a vein-like dike just a few inches wide up to the size of a batholith, which (by definition) covers an area greater than 100 square kilometers.  In three dimensions, plutons may be shaped like mushrooms or inverted teardrops, and they may extend to considerable depth beneath the surface.  In the eastern Piedmont, almost all granitic plutons are between 280 and 320 million years old – Late Paleozoic in age (Figure 1).  The largest such body is the Rolesville batholith, which is actually ten or twenty separate plutons that intruded the same region over a period of geologic time, cutting across each other and coalescing to form the batholith (a mega-pluton). 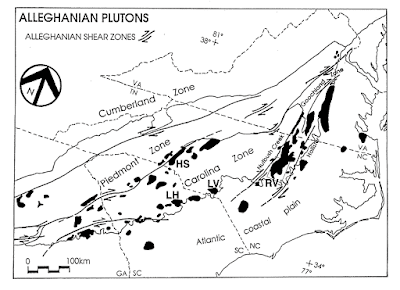 
The rock itself
Rocks are made up of minerals.  Granite is composed of two types of feldspar – orthoclase and Na-plagioclase, plus quartz and biotite mica.  Sometimes it contains hornblende, muscovite mica, or garnet. It always also contains some tiny minerals in small amounts. Granite is the most common type of rock that is quarried for crushed stone, used in making concrete and asphalt, among other things.  The granite at Turnipseed Nature Preserve is mostly a light-colored, medium-grained biotite granite; if feldspar crystals are larger than the other minerals in the rock it is said to have a porphyritic texture.  Some porphyritic granite occurs at Turnipseed Nature Preserve.  One of the most distinctive porphyritic varieties of Rolesville granite occurs in Johnston County.  It has crystals of orthoclase up to 1.5 inches and is termed a megacrystic granite.


Rocks at Turnipseed
As you explore the trails of the preserve, you will encounter numerous outcrops of granite.  Most common are large bouldery exposures (Figure 2).  Other outcrops are smooth rounded rock exposures (sometimes called “whalebacks”).  In fact, along the Boulder Trail, which extends south from the Pleasants Road entrance, there is a large whaleback outcrop that provides a vista of the wetland to the east (Figure 3a).  Here, you can see two varieties of granite (Figure 3b). 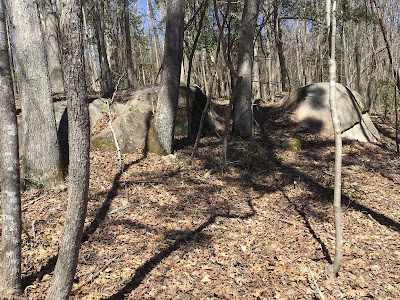 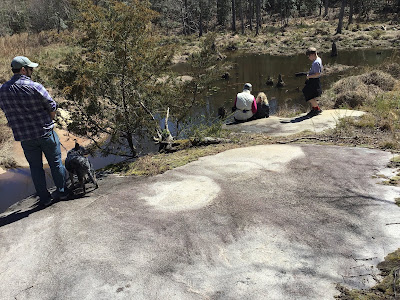 Figure 3a.  Large "whaleback" outcrop of granite overlooking a wetland along the Boulder Trail in Turnipseed Nature Preserve. 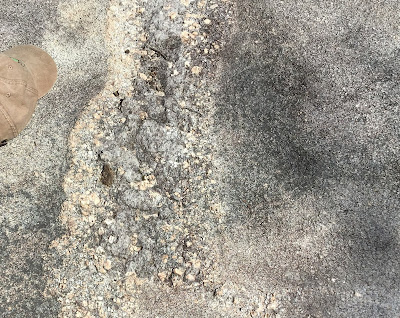 Figure 3b.  Close-up view of a portion of the rock in Figure 3a.  Here you can see the dominant medium-grained granite has been intruded by a dike of pink, coarse-grained granite called pegmatite.

Another type of granite outcrop is a flat pavement of bare rock; there is a nice example located in the area of the Lupine Loop trail (Figure 4).  In Wake County, there are several much larger pavements of granite to visit. 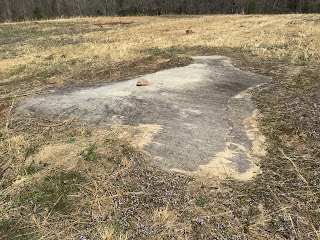 Figure 4.  Granite pavements exposure along the Lupine Loop trail at Turnipseed Nature Preserve.
Posted by Skip Stoddard at 10:26 AM